Over 30 Years Of Experience And Knowledge 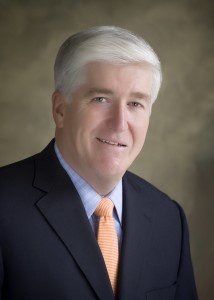 Dr. Timothy P. Walsh is a periodontist in practice since 1981 when he opened his practice in Berwyn & Westmont, IL. Dr. Walsh graduated from Fenwick High School in 1971. After high school, Dr. Walsh attended St. Mary’s College in Winona, Minnesota, and graduated with honors in 1975.

Dr. Walsh continues to attend continuing education courses in order to stay at the forefront of his specialty and provide the best care for his patients. Dr. Walsh also keeps up with the latest advancements in periodontics and dental implants by maintaining membership with associations such as the American Dental Association, American Academy of Periodontology, Illinois State Dental Society, Chicago Dental Society, Illinois Society of Periodontists, Academy of Osseointegration (implant dentistry), and the International Congress of Oral Implantology.

Throughout his career, Dr. Walsh has been recognized by his peers and professional organizations as one of the leaders in his field. In 1989, Dr. Walsh became chairman of the dental division of MacNeal Hospital (Berwyn & Westmont, IL) and in 1992, he was named president of the Illinois Society of Periodontists. In following years, Dr. Walsh continued to expand his professional memberships and in 2004 he was elected President of the Midwest Society of Periodontology, a professional organization of the periodontists in 11 midwestern states. Dr. Walsh was elected a fellow of the International Congress of Oral Implantology in 1995.

Dr. Walsh currently serves on the Board of Trustees of the American Academy of Periodontology, representing eleven midwestern states. He lives in Hindsdale, IL, with his wife, Cathy. Together they have raised their four children, Sarah, Patrick, Casey, and Catherine

Our highly skilled team has served Berwyn and Westmont for many years. Our patients visit our office from Oak Park, River Forest, Riverside, Cicero, Stickney, Chicago, LaGrange, LaGrange Park, Oakbrook, Hinsdale, Downers Grove, Willowbrook, Clarendon Hills, Western Springs and Maywood as well as additional areas. We hope that we will be able to provide the same service and quality to you. Contact us at Contact us at 708-749-4080 (Berwyn office) or 630-435-1955 (Westmont office) to schedule your periodontal exam.